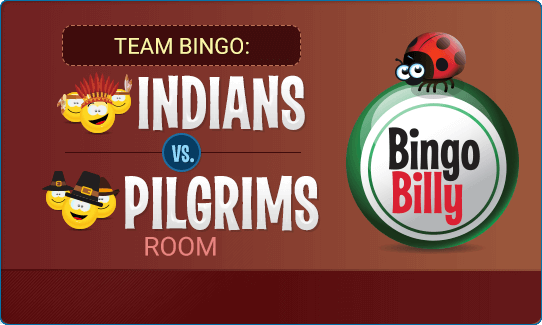 OPEN TO ALL SEPTEMBER DEPOSITORS!

Head towards the End Zone to be part of the football action by playing inside THE WTG FIELD
from 8pm and until the Real Game: Texas vs. Chiefs finishes!

How to Join and Play?

2. Click on Teams link at the top right of the screen in the Lobby, inside your account that is available since September 1st and click on “Submit” to enter a team.

3. Ensure you have a deposit on file this month. 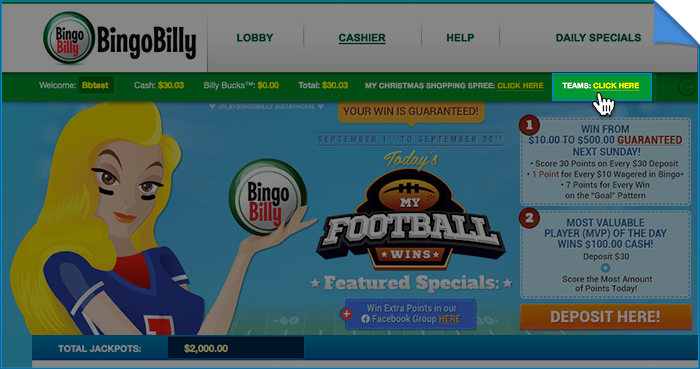 The Team with the highest score will win a share of the TOP Prize!

The Teams Game starts as soon as the REAL Game begins (at 8:20pm ET) and while that happens,
the CM will let you know what team you’re playing for!

» The number of points/yards your team will run is calculated by adding up the numbers on the bingo ball.

When the real game ends, the Team Bingo will also end and the team
with more points scored will win!

Pre-buys available starting at 12am et on september September 1st.

If you have questions or comments about this special promotion, please contact us. 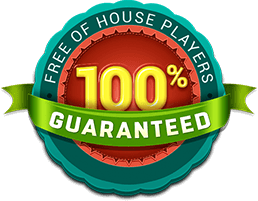